Deprecated function: The each() function is deprecated. This message will be suppressed on further calls in _menu_load_objects() (line 579 of /data05/virt43273/domeenid/www.nuppi.eu/htdocs/includes/menu.inc).

Infants with allergies to cow’s milk can become tolerant after treatment with hydrolysed casein and a probiotic formula which alters their gut microbiome, according to a new study.

The study, published in The ISME Journal, also found the microbiomes of infants with cow’s milk allergy (CMA) are significantly more diverse than those without the allergy, but without some key bacterial strains. Participants who became tolerant to cow’s milk had increases in levels of bacteria producing butyrate, a short­chain fatty acid which helps maintain homeostasis in the gut, but still maintained a very different bacterial makeup to healthy participants.

The researchers gave a formula feed containing “extensively hydrolysed” casein (EHCF), along with the probiotic Lactobacillus rhamnosus GG (LGG) for some participants, to 19 cow­milk allergic infants aged less than 12 months, then measured the bacterial content of their faecal matter after six months. The team also took faeces samples from a control group of 20 infants without CMA who did not receive the supplements.

Of the 12 infants receiving both EHCF and LGG, all showed enhanced levels of Blautia, Roseburia and Coprococcus bacteria, and five became tolerant to cow’s milk. None of the seven infants receiving just EHCF developed a tolerance, but did show enhanced levels of Roseburia bacteria alone. Four of the five newly­tolerant subjects had significantly higher faecal butyrate levels after taking the formula, suggesting greater numbers of butyrate­producing bacteria – but still far lower than the faecal butyrate levels in healthy subjects.

“The ability to identify bacterial strains that could be used as novel therapeutics for treating food allergies is a fundamental advance. Translating these findings into clinical treatments is our next goal,” said Jack Gilbert, associate professor in the Department of Ecology & Evolution at the University of Chicago, and co­author of the study.
CMA infants missing key bacteria
While the gut microbiomes of infants with CMA were more diverse than healthy infants, they lacked particular strains, wrote the study authors: “Bacterial families characteristic of the healthy infant gut (notably, Enterobactericeae and Bifidobacteriaceae) were significantly less abundant in the CMA gut, and were replaced by an increase in Lachnospiraceae and Ruminococcaceae, representing an emergence of Firmicutes (particularly, Clostridiales). “Blautia, Roseburia and Coprococcus were significantly enriched following treatment with EHCF and LGG, but only one genus, Oscillospira, was significantly different between infants that became tolerant and those that remained allergic,” they added.
The research built on a study published last year, which showed certain bacteria could prevent sensitisation to allergies . Some of the authors of that study, which was performed on mice, are coauthors of the new paper.
“Mouse model work from our laboratory published last year identified a common class of mucusassociated gut bacteria that play a critical role in regulating the access of dietary allergens to the bloodstream. This suggests a novel mechanism by which commensal bacteria regulate allergic responses to food,” said Cathryn Nagler, Bunning Food Allergy Professor at the University of Chicago and an author of both studies.
Source: The ISME Journal
Published online ahead of print, doi:10.1038/ismej.2015.151
“Lactobacillus rhamnosus GG­supplemented formula expands butyrate­producing bacterial strains in food allergic infants”
Authors: R. Berni Canani, N. Sangwan, A. T. Stefka, R. Nocerino, L. Paparo, R. Aitoro, A. Calignano, A. A. Khan, J. A. Gilbert, and C. R. Nagler
By Eliot Beer, 23-Sep-2015 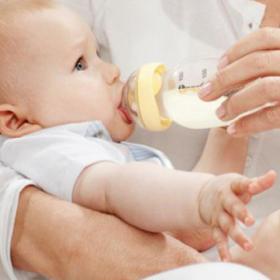